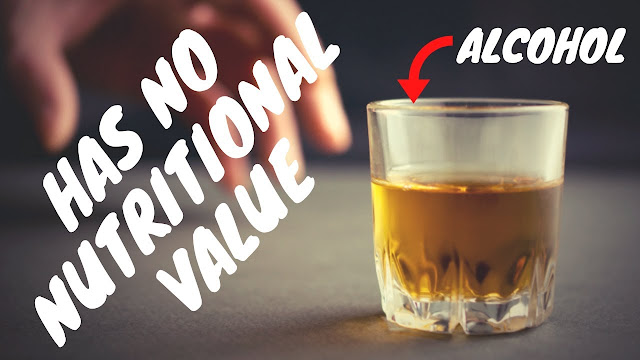 Alcohol has no food value and is exceedingly limited in its action as a remedial agent. Dr. Henry Monroe says, "every kind of substance employed by man as food consists of sugar, starch, oil and glutinous matter mingled together in various proportions. These are designed for the support of the animal frame. The glutinous principles of food fibrine, albumen and casein are employed to build up the structure while the oil, starch and sugar are chiefly used to generate heat in the body".
Now it is clear that if alcohol is a food, it will be found to contain one or more of these substances. There must be in it either the nitrogenous elements found chiefly in meats, eggs, milk, vegetables and seeds, out of which animal tissue is built and waste repaired or the carbonaceous elements found in fat, starch and sugar, in the consumption of which heat and force are evolved.
"The distinctness of these groups of foods," says Dr. Hunt, "and their relations to the tissue-producing and heat-evolving capacities of man, are so definite and so confirmed by experiments on animals and by manifold tests of scientific, physiological and clinical experience, that no attempt to discard the classification has prevailed. To draw so straight a line of demarcation as to limit the one entirely to tissue or cell production and the other to heat and force production through ordinary combustion and to deny any power of interchangeability under special demands or amid defective supply of one variety is, indeed, untenable. This does not in the least invalidate the fact that we are able to use these as ascertained landmarks".
How these substances when taken into the body, are assimilated and how they generate force, are well known to the chemist and physiologist, who is able, in the light of well-ascertained laws, to determine whether alcohol does or does not possess a food value. For years, the ablest men in the medical profession have given this subject the most careful study, and have subjected alcohol to every known test and experiment, and the result is that it has been, by common consent, excluded from the class of tissue-building foods. "We have never," says Dr. Hunt, "seen but a single suggestion that it could so act, and this a promiscuous guess. One writer (Hammond) thinks it possible that it may 'somehow' enter into combination with the products of decay in tissues, and 'under certain circumstances might yield their nitrogen to the construction of new tissues.' No parallel in organic chemistry, nor any evidence in animal chemistry, can be found to surround this guess with the areola of a possible hypothesis".
Dr. Richardson says: "Alcohol contains no nitrogen; it has none of the qualities of structure-building foods; it is incapable of being transformed into any of them; it is, therefore, not a food in any sense of its being a constructive agent in building up the body." Dr. W.B. Carpenter says: "Alcohol cannot supply anything which is essential to the true nutrition of the tissues." Dr. Liebig says: "Beer, wine, spirits, etc., furnish no element capable of entering into the composition of the blood, muscular fibre, or any part which is the seat of the principle of life." Dr. Hammond, in his Tribune Lectures, in which he advocates the use of alcohol in certain cases, says: "It is not demonstrable that alcohol undergoes conversion into tissue." Cameron, in his Manuel of Hygiene, says: "There is nothing in alcohol with which any part of the body can be nourished." Dr. E. Smith, F.R.S., says: "Alcohol is not a true food. It interferes with alimentation." Dr. T.K. Chambers says: "It is clear that we must cease to regard alcohol, as in any sense, a food".
"Not detecting in this substance," says Dr. Hunt, "any tissue-making ingredients, nor in its breaking up any combinations, such as we are able to trace in the cell foods, nor any evidence either in the experience of physiologists or the trials of alimentarians, it is not wonderful that in it we should find neither the expectancy nor the realization of constructive power."
Not finding in alcohol anything out of which the body can be built up or its waste supplied, it is next to be examined as to its heat-producing quality.
Production of heat.